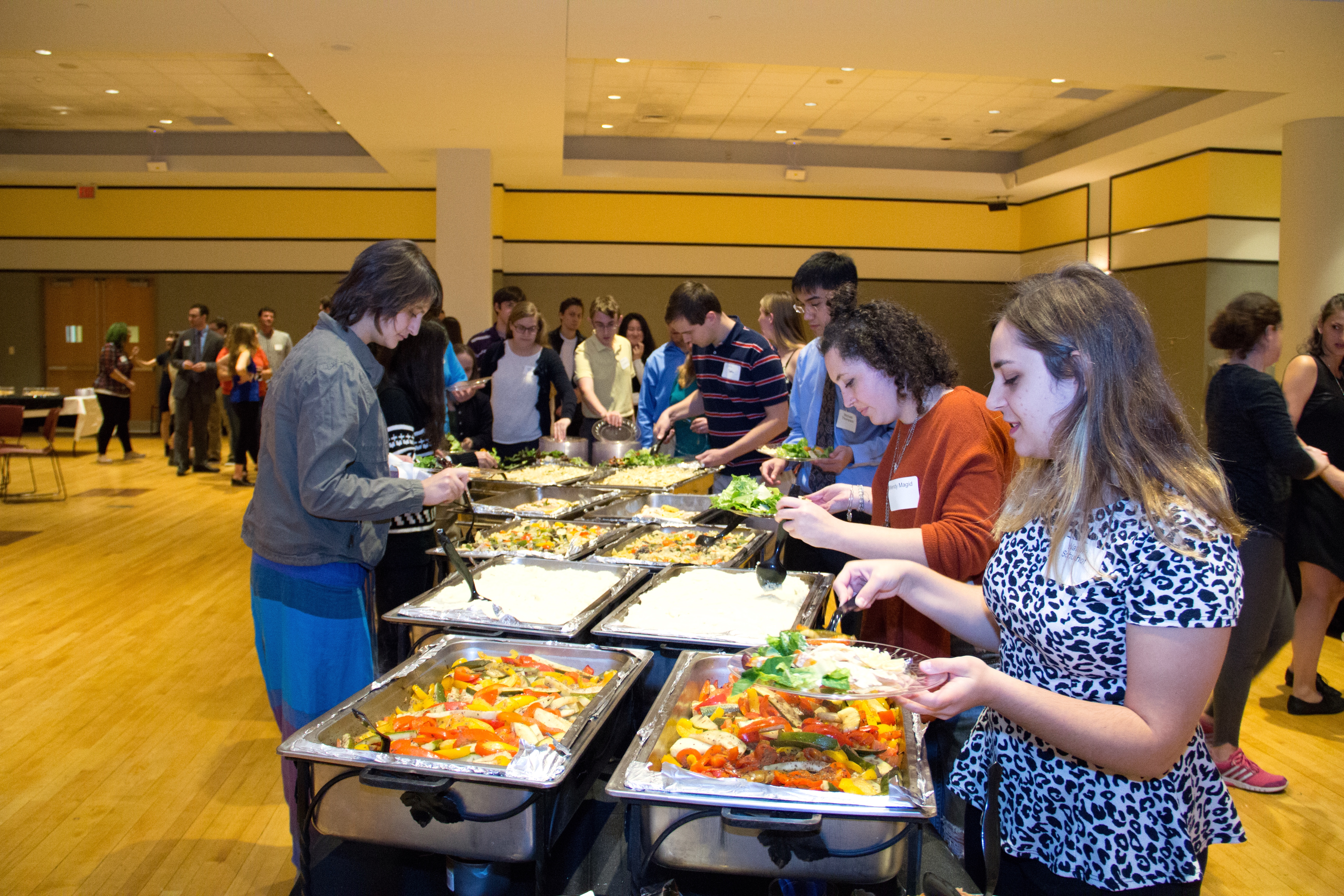 According to their website, Embrace Diversity is a group that wants to “create a space in which people of all backgrounds, whether they identify by a certain ethnicity, nationality, religion, gender or sexual orientation, come together to share their experiences and to learn from one another.”

The interfaith dinner was held in coordination with Mason Hillel, which is an organization whose mission is to “enrich the lives of Jewish students so that they may enrich the Jewish people and the world,” according to Hillel’s website.

The event was hosted in Dewberry Hall in the Johnson Center and drew a significant crowd. Mason students from many different religious and ethnic backgrounds were in attendance, including Jewish, Muslim, Baha’i and Christian students. Activities from the night included a roundtable that encouraged students to introduce themselves and discuss their faiths.

Mason student Fatma Gdoura shared her thoughts about the event and said, “This event is very well organized, they did a good job reaching out to various groups of people and from various denominations. Personally, I am from the Muslim Student Association, and I had the pleasure to have friends that encouraged me to come tonight.”

As the event was on Shabbat, which is the Jewish Sabbath, Hillel member and representative at the dinner Juliana Moskowitz led Kiddush, or the ceremonial prayer, before dinner was served. 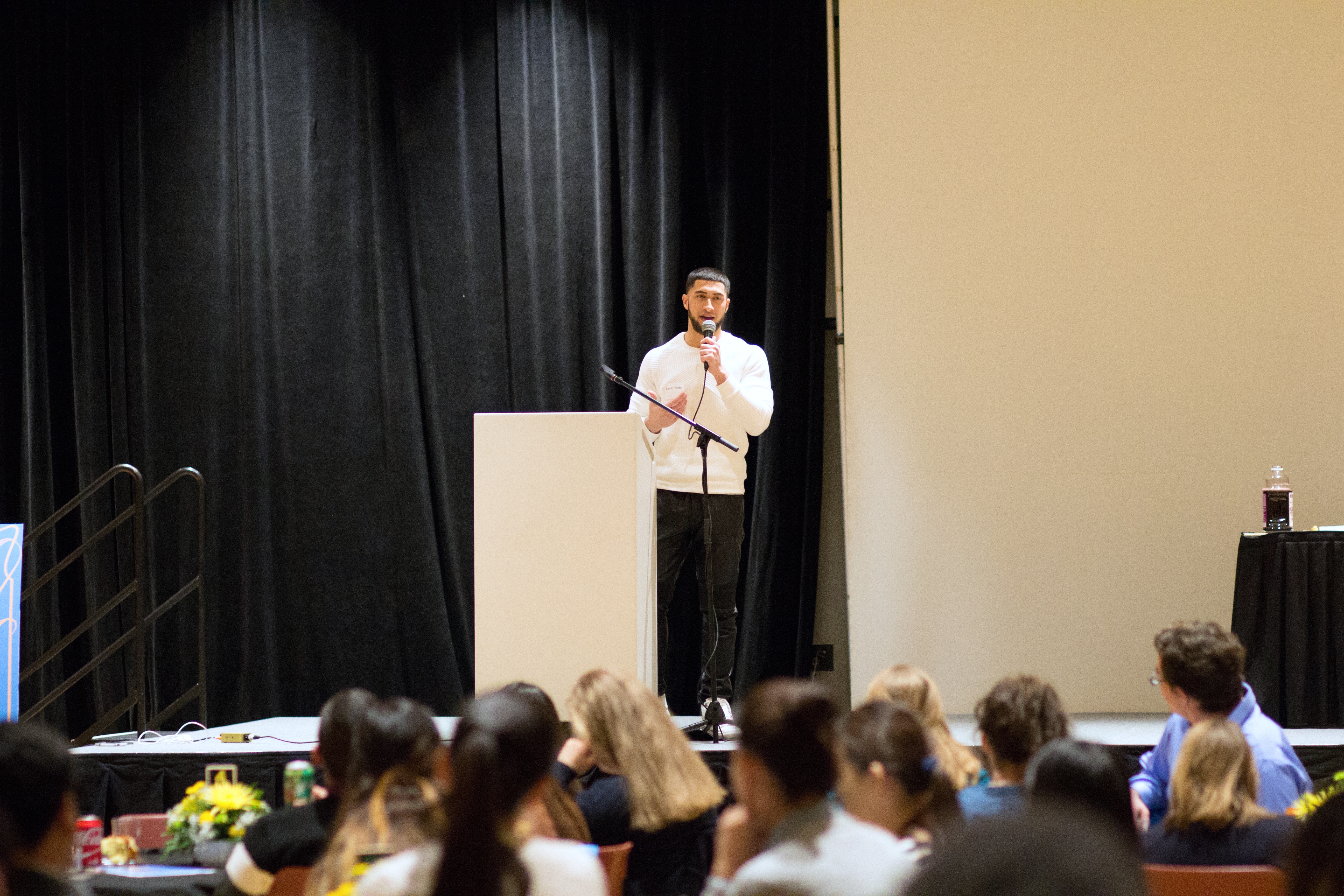 Speeches from students of different faiths were given, highlighting the dinner’s commitment to open dialogue.

Mason student and Hillel member Olivia Vita expressed her appreciation for the “safe space” and said, “I am just really happy that there is a space being made here at Mason where everybody can come just freely and comfortably be himself or herself. I am thankful to be here.”

This event was also held at the same time the GMU Students Against Israeli Apartheid (SAIA)  hosted the 2016 National Students for Justice in Palestine Conference, which had events around the D.C. metropolitan area and on Mason’s Fairfax campus.

Across the U.S., many organizations such as SAIA have been growing in numbers and support as the conflict between the state of Israel and the Palestinian territories goes into its seventh decade.

When asked about his thoughts regarding the dinner, Mason student and SAIA core member Noah Black expressed his concern about the event. 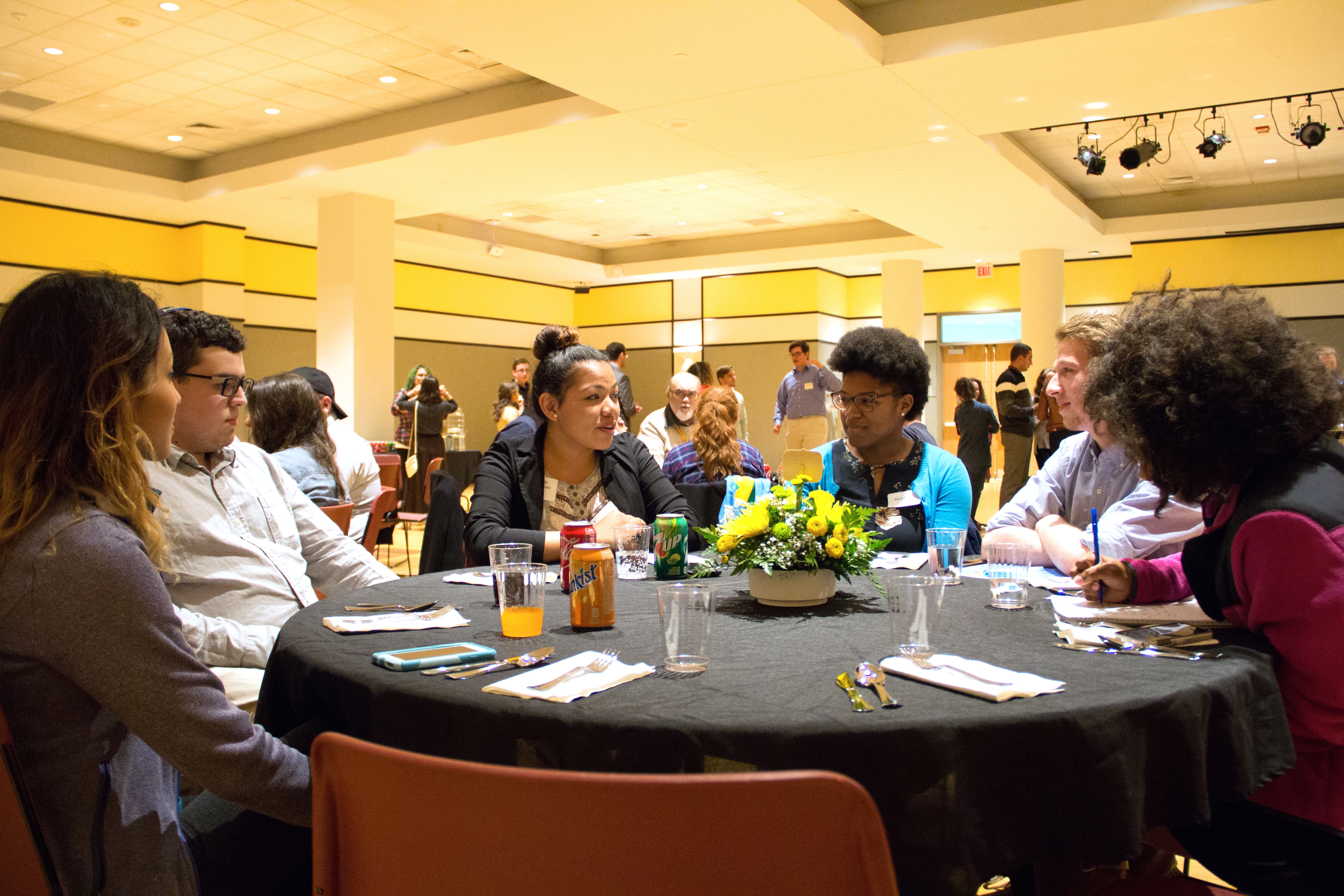 “Conversations like this fail to recognize the reality of Palestinian life under Israeli apartheid, where Palestinian land and culture are continuously appropriated and violence that targets all Palestinians and particularly Palestinian youth and students,” Black said.

All in all, the event served as a space for open discussion about the diverse student population at Mason, the dinner’s host Cecile Wolfe said.

“It’s our hope that tonight will be one of religious learning, broadening our knowledge of the many faiths represented tonight and to broaden our perspectives,” Wolfe said.