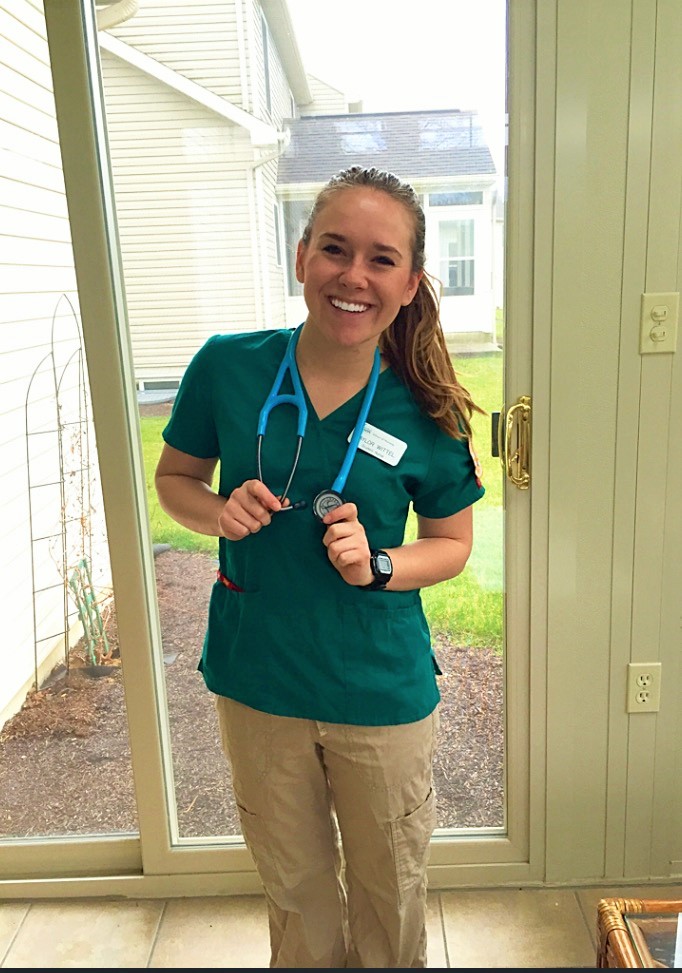 While spring semester finds most Mason students pinning down summer internships in D.C. or in their hometowns, one Mason student will be traveling much farther — 7,768 miles, to be exact — to spend her summer interning in Tanzania.

Taylor Wittel, junior studying nursing at Mason, will be working with a nonprofit called Neema House located in Arusha, Tanzania.

“I have wanted to go into the medical field since I was a little girl, I just wasn’t sure which route or how I wanted to approach it,” Wittel said. “Throughout my life I have found that in order to help those around you, you must first take every opportunity you are presented with.”

Wittel knew her calling from a young age.  “My great grandfather was diagnosed with emphysema when I was eight,” Wittel said. “It solidified my drive for wanting to become a nurse. I was extremely interested in the science and etiology involved with the disease, but I was also deeply impacted by the care and compassion that the nurses had for my great grandfather as well as for our family.”

Wittel hoped to use her life to make a difference for others, and she feels she is on the right track. “I believe with my deep passion for helping people in any way that I can and a compassionate, empathetic and respectful personality, along with my drive to learn and interest in the medical field, nursing is the perfect career,” Wittel said.

Wittel said she came across Neema House while applying to different nursing internships.

“I had found a global health internship in Ghana with a nonprofit called Operation Groundswell, and when I was talking about it with my stepmom, she mentioned that one of her uncles founded a nonprofit in Tanzania,” Wittel said. “I then reached out to the founder to inquire about any nursing internships available and information on the nonprofit.”

Founders and Executive Directors, Michael and Dorris Fortson, sent Wittel an application along with more information on Neema House.

Neema House is a rescue center for abandoned, orphaned or at-risk infants. A 501(c)(3) organization in the U.S. and a non-government organization in Tanzania, Neema House works to rescue babies and reunite them with extended family or with adoptive parents. The organization also serves local women through education, parenting skills workshops and support for women who have lost relatives to AIDS.

“I will be working under their medical director,” Wittel said. “I will be in charge of a multitude of things, from providing skin-to-skin contact for the babies, to feeding [them], to teaching [people] how to properly use the medical equipment available, to providing nursing care for the babies and transporting them to the hospital if they need emergent care.”

Wittel will be taking care of Neema House’s 46 children receiving in-house care. These children, whose ages range from newborn to four years, have been at Neema House since January 16, 2016. According to its website, Neema House has helped 114 babies since June 2012.

“As a nonprofit, all their monetary resources are spent feeding and housing these children, [so] internships like mine are unpaid,” Wittel said.

Wittel has started a GoFundMe webpage to raise money for airfare and room and board in Arusha.

“The rest of the money will go directly toward Neema House. The money going directly to Neema House is used to purchase anything needed in order to run the orphanage such as diapers or formula.”

“I am incredibly surprised and blessed, I was not expecting to raise that much in such a short amount of time,” Wittel said. “I am unbelievably thankful for all of my friends and family support and encouragement that I have received.”

Wittel said it means the world to her when people donate.

“The amount of generosity and humility from the people who donate amazes me on a daily basis,” Wittel said. “It makes me feel so exceptionally blessed and thankful to be surrounded by amazing people who are supporting something that I am so passionate about doing. “

She is excited to get hands-on experience in Arusha and use the skills she has learned in the classroom in a real-life environment.

“The thing that excites me most about this opportunity is that I will be able to apply the knowledge and skills that I have learned through nursing school to directly impact and serve the babies and children, while learning about different diseases and issues that are prevalent in Sub-Saharan Africa,” Wittel said.

Wittel is ready for her journey to begin, but she knows it would not be happening without the help of her family and friends. “I appreciate all of the support and encouragement that I have received from those around me,” she said.