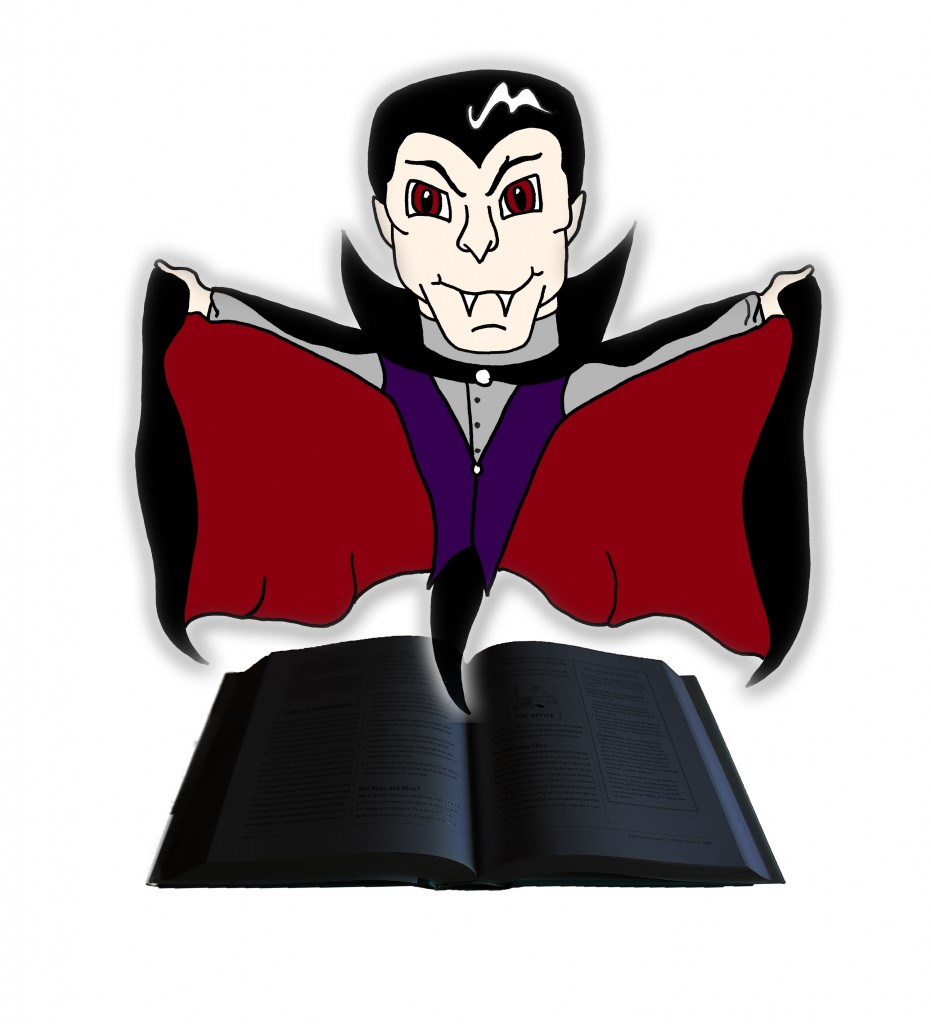 Many students arrive at college looking forward to finally being able to study the things that interest them. For students with a fascination for human-like, bloodthirsty monsters, this upcoming spring semester at Mason is sure to bring a ‘biting’ thrill.

This spring, Mason’s English department is offering a course entitled “Vampires.” The class, which satisfies a literature requirement, will examine novels and short stories about vampires.

The course recently garnered attention from USA Today College with the publication of the article “George Mason students fulfill lit requirements by slaying vampires” on its website.

“Vampires,” or English 202, will enroll about forty students and take place Tuesdays and Thursdays from 1:30 p.m. to 2:45 p.m. Dr. Eric Anderson, who won a Teaching Excellence Award last year with special recognition for his contributions to general education classes, will be teaching the course.

Last month, Anderson’s book “Undead Souths: The Gothic and Beyond in Southern Literature and Culture,” was published by Louisiana State University Press. Anderson co-edited the book, which is a collection of scholarly essays, with Taylor Haygood of Florida Atlantic University and Daniel Cross Turner of Coastal Carolina University.

Students who have taken Anderson’s classes have plenty of positive things to say. “Dr. Anderson is a cool, relaxed professor and I was excited at the opportunity to take another class with him,” senior anthropology major, Maggie Haynes, said.

Anderson is not new to the world of vampires and horror, describing himself as having been a “huge horror geek” since childhood.

“In grade school, I used to run home when school let out so that I could watch the afternoon soap opera ‘Dark Shadows,’” said Anderson. “Around that same time, I got hooked on old black-and-white Universal horror movies like ‘Frankenstein,’ ‘The Wolf Man’ and ‘Dracula.’ The strange thing about my career is that it took me a long time to find ways to incorporate these interests into my teaching. Our English 202 has given me the perfect opportunity to teach vampires.”

The class discusses classics like Bram Stroker’s “Dracula” and Joseph Sheridan Le Fanu’s “Carmilla” along with newer vampire stories and novels. It also looks at how vampire legends have changed and stayed the same over time.

“It turns out that my students know a lot about vampires, and it’s very satisfying and fun to share this information and build a really solid foundation for the semester,” said Anderson.” I also really like explaining why ‘Twilight’ is absolutely not going to be a part of the course.”

Haynes, who took the class last spring, enjoyed its casual, upbeat atmosphere. “The class was fun and very relaxed, but still interactive, despite the large number of students,” said Haynes.

This semester’s section of “Vampires” will take after past versions: Over the course of the semester, students will participate in class discussions, complete in-class writings, take reading quizzes and watch and discuss film clips.

In addition, students will receive extra credit for killing vampires and bringing in evidence of the slaying, according to the course’s syllabus, which reads, “For each vampire you slay during this course of the spring semester, you can earn one point of extra credit. I will ask for evidence.”

Haynes attempted this extra credit opportunity when she took the class last spring. “I cut up some plastic vampire fangs, dipped the ends into red paint and strung them up on a necklace and brought it in as proof,” said Haynes.

Both Haynes and Anderson highlighted the final project as one of their favorite parts of the class. The project requires students to create their own vampire stories and express them through any art form. “They can write a short story, do a video, write and perform a song, create a children’s book, and so on. No limits.” said Anderson. “I love what students come up with- there are always some great surprises. And I love how this assignment brings home the idea that vampires can be, and can mean, so many different things.”

When she completed the project, Haynes chose to make a video co-starring her dog. “I made a short film with my dog, Gypsy, as a vampire hunting dog,” said Haynes. “It was set in the park and a child vampire was terrorizing the community. Gypsy and I chased the vampire and slew it. Others also did films or wrote stories or something in between.”

The course has earned the attention of not only by USA Today College, but also Mason’s Newsdesk and the Fairfax City Patch.

“I think vamps are interesting to students and news outlets because they’re the most human of monsters: they look human, they can pass for human, they can be romantic and intellectual and worldly,” Anderson said. “Plus, vampires give us ways of considering some very familiar, very human questions such as ‘What happens after we die?’ and ‘Is there an afterlife?’ and ‘Is it ever possible for the dead to rise up and become undead?’.”