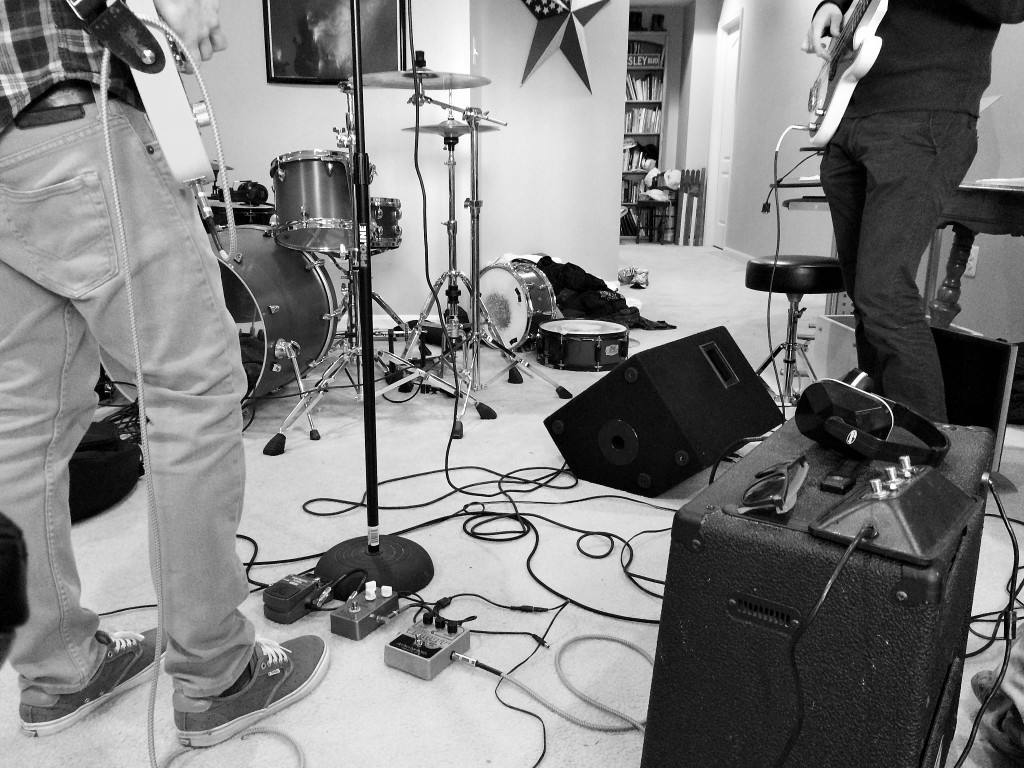 World-renowned musician Frank Zappa once said, “Without deviation, progress is not possible.” We – as a people, as a community – cannot move forward and grow without setting new precedents and finding new formulas. A great microcosm to observe this on a smaller scale is in a local music community. The music scene around Mason, Fairfax and the rest of Northern Virginia into D.C., nearly bursts with a surplus of untapped talent and potential greatness. And yet, a common assertion even by those within the community is that this local music scene is dead or dying. How could this be?

Dozens, perhaps even hundreds, of small spheres of influence form around a few good groups and musicians. But these bubbles rarely burst or merge into others. Little or no connectivity exists among these musical sub-communities. Three Mason-based artists with whom we’ve grown acquainted – Castle of Genre, Cinema Hearts and Bo Jankans – are all aware of this egregious discrepancy in the music scene. Despite the area’s definitive lack of a joint community, all three groups offer optimistic outlooks on our fledgling music scene. They all proclaim that this area is not dead; it just needs a little help to get back on its feet.

Fairfax, and the rest of the Northern Virginia, sits in a peculiar paradox. The population certainly contains a wealth of talent. Dozens of venues offer local bands a stage outside of D.C. including Jammin’ Java, Epicure Café, Galaxy Hut and CD Cellar, to name a few. One would assume that a series of suburbs outside the nation’s capital would overflow with culture and opportunities to see local performers.

Unfortunately, the region lacks the necessary permanence for a music scene to thrive. As a commuter town, Fairfax and other Northern Virginia communities are in constant motion. People travel into D.C. for work, and the city offers its own lucrative taste of night-life. This suburban community simply doesn’t offer the same amenities. Still, with a decent number of live venues, members of the music community have a little taste of what a solid music scene could be. There just simply is not an established web of interaction among artists performing at these venues, or even among the venues themselves; additionally, few artists have the confidence to construct the web.

The semi-isolated nature of the music scene also breeds a sense of entitlement and exclusivity among its members. Many musicians are inherently competitive, and friendly competition could be healthy for a growing community. The type of competition in this scene tends to lean on the side of self-righteousness, and it leaves musicians feeling jaded about the scene altogether. Cinema Hearts and Bo Jankans in particular noted this unhealthy atmosphere and proposed some changes.

“[This scene] has a sense of entitlement and with it comes apathy,” said Caroline Weinroth, Cinema Hearts’ frontwoman.  “We’re trying to invoke a different feeling, a sense of community,” said the band’s drummer, James Adelsberger.

Brett Selestay, also known as hip-hop artist Bo Jankans, echoed these exact sentiments in his own opinion.  “The scene just needs to come together,” Selestay said of the area’s combative nature. “People have got to put their egos in check … [We’ve got to] start working as a team. There’s strength in numbers.”

“I mean sure the scene’s a little lacking. But we don’t really have anyone to blame for that but ourselves. It has the potential to be a great scene, and I think we can make it better,” Fall said.

Here we have three separate groups of musicians, groups that have never collaborated or worked within the same miniature bubble-scene, all in agreement. This is the common thread in this community: the scene can be great, but the people must change first.

It is important to remain positive about a community, but that optimism must be coupled with realism. This music scene is not dead, and it probably is not dying, either. However, there are at least two key issues with the scene: first, the area itself offers very little opportunity for growth outside of the limited venues, prompting many acts to search for fame abroad; second, the people within the community tend to compete and battle each other into the ground. So what can be done?

All three groups offered up their own possible courses of action, but the theme stayed consistent, it all starts with us.

“I don’t think really any of us plan on staying in Virginia our whole lives, but while we’re here, we want to make the most of it and have an impact,” Castle of Genre’s other frontman, Brandon Iqbal said.

Selestay followed along this train of thought, indicating that we need to be responsible for the change we need.  “We need to eliminate that feeling of necessary competition around here, treat everyone better. Be more civil,” he said.

Weinroth stated a necessary reminder that progress starts and ends with us, and if a person can “inspire others,” then perhaps the inspired could keep the passion alive and continue paying forward.

Fairfax and the greater Northern Virginia music community is filled with capable talent, and it has the ability to grow. After covering three unique and influential music groups in the area, one prevailing idea becomes clear: the power to change rests in every member of the scene.

Everyone, whether they just picked up a guitar today or play in well-established act, has a voice and a chance to make a positive change. This community is disjointed and combative, but the talent pervades. Music inherently brings people together, and if the scene can rediscover this truth, it will all come together. The isolated bubbles will blend; the microcosm will grow. Maybe that bigger bubble will burst. Who knows? All it takes is that first step, a step that everyone must take.

Seeking adventure from the heights of Mason