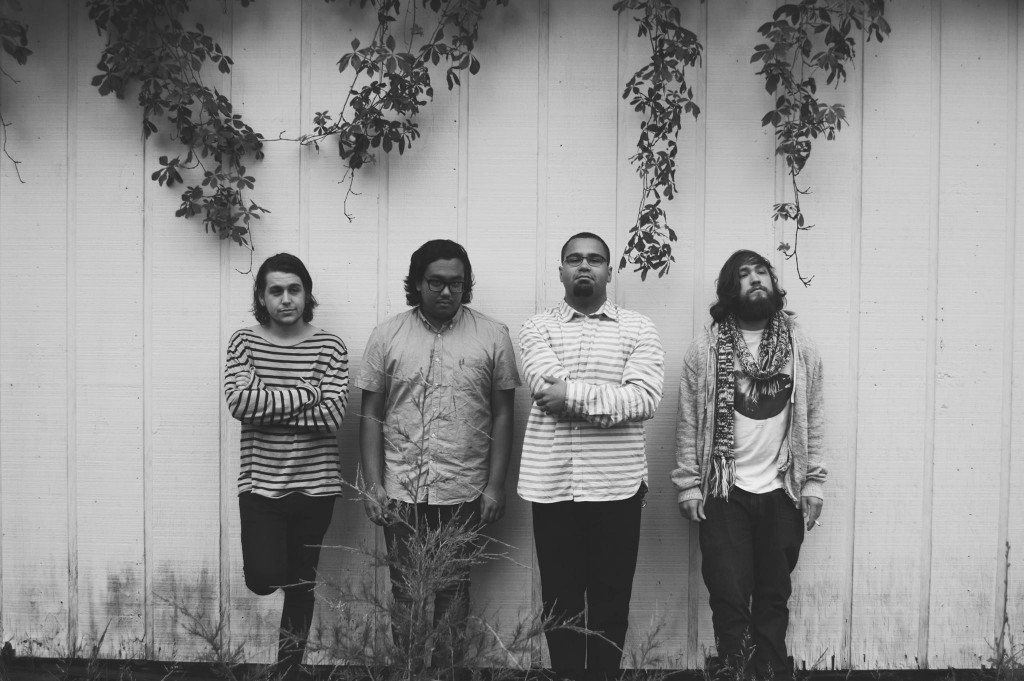 Fairfax, along with most of Northern Virginia, is a mixing bowl of millions of individuals chasing success and capitalizing on the plethora of opportunities available.

This ecosystem bulges with a variety of cultures, and yet it still lacks a culture of its own. The cultural sterility is especially true with music. Venues can open and close within the same year. South of D.C. and north of Richmond, bands and musicians swirl with frantic desperation in an attempt to break into both respective scenes. So when asked about the music scene in Northern Virginia, specifically Fairfax, the most accurate response is: “What music scene?”

Despite a tidal wave of opposition to young bands in the area, Fairfax-based alternative rock band Castle of Genre stands primed and ready for a breakout. Mason students Brandon Iqbal (guitars and vocals), Joey Fall (guitars and vocals), and Patrick Stolte (bass), along with Virginia Commonwealth University student Anthony Crawford (drums), anchor the indie outfit all along the Virginia landscape.

The group’s popularity has blossomed at venues on the east coast, and they have maintained a consistent online presence. The band has gotten about as big as big can get for this small scene, but even potential local legends have humble beginnings.

“Freshman year of high school, we were at this party and a bunch of people were jumping on a trampoline,” Fall said. “Brandon and I weren’t really feeling that, so we went inside, played some guitar, and shared some songs.”

“I remember looking at him and I said to him, ‘You can really do this. We can really make something out of this,’” Iqbal said. “So we started getting together and set the groundwork for some early Castle stuff.”

A few years passed, lineups shifted, and a few songs sprinkled their way onto the internet. But finally, Castle of Genre solidified its current lineup and released its EP Vint Hill in February of 2013, named after an abandoned Army facility near the members’ homes in Gainesville.

The wheels have kept turning with no end in sight, and the band cut a break any musician would dream of: “Sleeves,” the single off of Vint Hill, was featured on the Netflix original, From Dusk Till Dawn: The Series.

“My uncle’s been writing for a bunch of TV shows for a while,” Fall said. “He’s been telling me for a long time that he wants our music to be on one of his shows.  He finally got the creative control to do that, so it just sort of fell into place.”

Weeks of talks with lawyers and executives passed until finally the band could see the feature. Instead of just a short snippet for background music, Castle of Genre received an incredible amount of exposure.

“We really had no idea going in what to expect,” Stolte said. “We thought it’d just be like five seconds of the song.”

“It was a full-on plug,” Iqbal added. “They said our name and the song title, twice, and the song played for a pretty long time. It was just really cool to see.”

The band’s popularity surged shortly after the show’s premiere, earning them a spike in followers worldwide. New and old fans alike poured in with support across nearly all social media outlets.

On the positive results of the television spot, Fall said, “It’s incredible, you know? That’s part of our legacy. As long as that show’s online somewhere, or on DVD, whatever, we’ll be a part of it.”

Despite the band’s budding and more global fanbase, the group makes efforts to keep their efforts local to Northern Virginia. The band’s upcoming full-length album, Home: Loss and Ghosts, is being recorded at Mason’s recording studio.

“For us it’s a matter of convenience,” Iqbal said. “Because of my major, I can get us a session at any available time. It’s well-equipped and a great studio to work in, it’s just that a lot of people don’t know about it.”

The band hopes to help revitalize the music scene in Fairfax and the rest of Northern Virginia and recording the album locally is one step on the ladder.

It is a lofty goal with no clear course of action. In a commuter town based around movement with a clear lack of permanence, keeping a music scene young and healthy is difficult. During the winter, the group performed at locations throughout Virginia, as well as a few spots in North Carolina. However, the only local venue the band performed at along this route is Jammin’ Java in Vienna. The band is aware of this disconnect, but still strives to help improve the scene.

“I mean, sure the scene’s a little lacking,” Fall said. “But we don’t really have anyone to blame for that but ourselves. It has the potential to be a great scene, and I think we can make it better.”

“I don’t think really any of us plan in staying in Virginia our whole lives, but while we’re here, we want to make the most of it and have an impact,” Iqbal said.

“I am not the same ghost that I was before,” Fall said in the band’s recent single, “Sonder.”

Even after Castle of Genre’s best efforts, and those of many others in the area, there is always the possibility that the music scene may never flourish. But for all the area has going against them and other young musicians, Castle of Genre continues to evolve and push towards new heights. For the band, success is not a matter of “if,” but a matter of “when.”

Interview with the Candidates: Kleine & Wilson