The Roosevelt Institute Campus Network was just selected as a 2015 MacArthur Foundation award winner for “Creative and Effective Institutions” giving them a one-time grant of $750,000, an achievement amidst a rise of student run political organizations on college campuses.

The Roosevelt Institute currently has a chapter at George Mason, along with many other schools across the country. 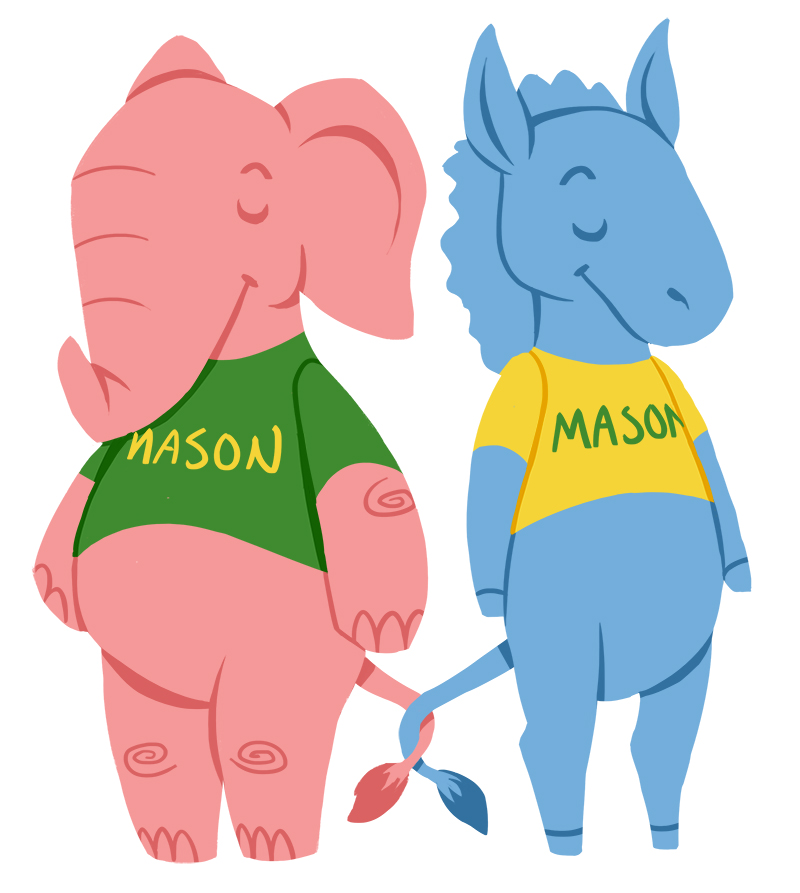 The founders of Mason’s chapter Ryan Thornton and Beverly Harp were excited that the Institute received the award and were glad the MacArthur Foundation saw them as creative and effective.

“I think as a chapter we’ve really developed over the past six months as more of an action tank,” Harp said. “What’s so special about Roosevelt and about [our chapter] is that we believe in student ideas and discussions and talking about things and figuring our ideas out, but we also really believe in making an impact and taking ideas and trying to use our solutions to improve our communities.”

Thornton and Harp said the Roosevelt Institute has been moving more towards local policy and away from national policy and this grant is a way of recognizing the impact students have in their local communities.

Harp said the Roosevelt’s headquarters really want the grant money to be used to support student impact projects and try to have a stronger base for students. They also plan to use the money toward technological improvements for an effective online network.

“The money is going towards essentially building a more effective communications and outreach network,” Thornton said.

The Roosevelt Institute is a non-profit organization that was created to honor the values and legacy of Franklin and Eleanor Roosevelt. It is a national student-run organization, which chapters across the country, that focuses on six main issues: defense and diplomacy, education, energy and environment, healthcare, equal justice and economic development.

The Mason chapter of the Roosevelt Institute was added just last year, but a new bi-bartisan student organization called Common Sense Action began this year. The CSA website says they are an organization that is building a movement to advance generational fairness, invest in Millennial mobility and repair politics. According to their website, they do this by creating policy, organizing communities, engaging with candidates for public office, empowering voters and engaging in primary elections.

“I saw an opportunity to engage more students in a bipartisan discussion on this campus. We have college Republicans and college Democrats, but I really wanted to have an organization that was truly bipartisan focused,” Fisher said.

“[The CSA is] more focused on engaging millennials in politics: registering people to vote, getting them out to the polls, educating them on the issues,” Fisher said. “I think the Roosevelt Institute is more focused on writing policies, but I think our organizations supplement each other rather than take away from each other.”

As for why so many different student-run political organizations are popping up, Harp and Thornton said it’s because students care about their future and the future of society and how they can affect it.

“When you have a younger generation becoming more politically active in a concrete way then you’re bound to have a political structure and a society that will be improved for that generation,” Harp said.

“The number of student organizations and the number of students getting involved signifies a shift in how students are thinking about how to have an effect,” Thornton said. “I think students are seeing it like there’s so much gridlock at the national level, but at the municipal, state or local level, we’re getting things done and that’s where it’s going to be important for the future.”

The original story did not clarify that the Roosevelt Institute Campus Network won the $750,000 grant, rather than George Mason University’s chapter. The updated version reflects that change.