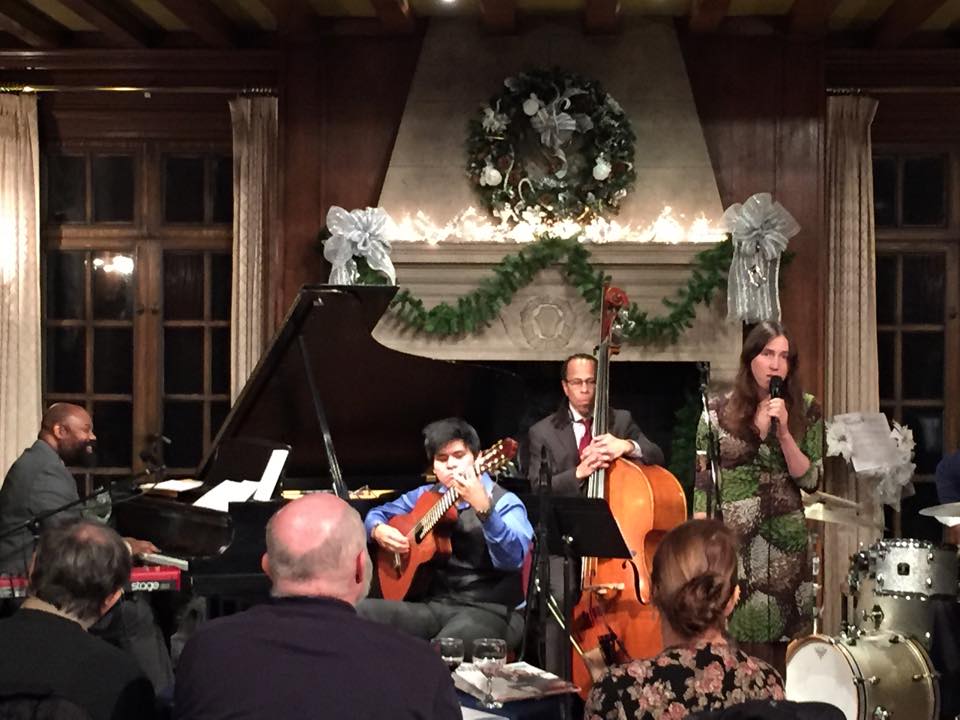 Mason music students are making their mark on the D.C. area and even the world. Many music majors at Mason go on to perform in the D.C. area, so it is no surprise that a couple of Mason alum are finding great success.

Marian McLaughlin, an Art and Music Undergrad who graduated in 2009, and Cristian Perez, Mason’s first double-major in performance and jazz studies, have both been chosen to participate in the Strathmore’s Artist-in-Residency program. The Strathmore is a performing arts venue located in North Bethesda, Maryland.

The program is an effort by the Strathmore to help amateur musicians transition into the professional world. It gives musicians the chance to perform live and work on their teaching and composition skills, and is also a great networking tool for the industry.

Through the program, the two alum will attend bi-monthly workshops. These workshops cover topics as varied as website building for musicians, how musicians can do their own promotional work and how to lead bands.

McLaughlin, upon graduating, began performing in the DC area at a variety events. Her instrument of choice is a classical guitar, which she uses to create folksy music with in-depth lyrics. She also sings and writes her own music.

In January of 2014, she self-released her first album, “Dérive.”

Marion defines “Dérive” as “the act of drifting” and says, “I happen to apply this practice to my songwriting, letting either instrument or idea guide me, so it seemed natural to name my upcoming album Dérive.”

She gets creative with her lyrics, exploring stories such as “Pluto losing planethood, the Greek myth of Persephone, and Otto Lilienthal’s attempts at heavier-than-air-flight.”

Following the release of “Dérive,” she was featured on NPR’s All Songs Considered, and even got a chance to perform at NPR’s headquarters.

Cristian Perez is Argentinian guitarist and composer who moved to the United States in 2002. Cristian self-taught himself to play guitar in his teens and has been playing ever since.

When he came to Mason, he studied classical guitar and delved into many different styles of music, including classical, jazz, and South American music. During his time here, he was also involved in a variety of ensembles and was a winner of the GMU Honors Recital several years in a row.

Perez graduated with his Master’s degree in 2012, and, like Marion, began performing in the DC community.

Marion and Cristian were accepted into the program last year, and began their workshops in September of 2014.

“I’m honored to be a part of the tenth season of Strathmore’s Artists in Residence program,” McLaughlin said. “So far, I’ve attended a number of professional development workshops, with topics ranging from taxes for musicians to video production. I’ve met many talented musicians through this program, such as fellow Strathmore AIRs Mark Meadows (jazz pianist and songwriter), Rochelle Rice (contemporary vocalist and songwriter), Cristian Perez (classical guitarist), and invoke (string quartet).”

Members of the program work closely together to develop themselves professionally. McLaughlin and Perez collaborated to compose a song for another performer last December.

The alum also get the chance to perform at the Strathmore this year. Each program participant gets a performance month, in which they play multiple shows as well as leading outreach workshops. Cristian’s performance month is coming up in February and Marion’s is set for April.

View all posts by Allison Lundy →