A new partnership between Mason and a non-profit organization will provide an opportunity for students who prefer the learning-by-doing method of education, beginning this spring.

Enstitute, established in 2012, is a non-profit that coordinates apprenticeships for individuals with “innovative companies,” according the Enstitute website. Originally meant as an alternative to higher education, Enstitute is partnering with Mason to offer a version of the program to students.

Tanya Donangmaye, a senior global affairs major who plans to apply, thought Enstitute could be a good college alternative but also saw the Mason version as a valuable contribution to her higher education.

“If you could go through this program and gain the necessary experience and then afterwards actually find jobs within your field, I think that’s really great versus just sitting in a classroom theorizing,” Donangmaye said. “You’re actually getting hands-on knowledge to prepare you.” 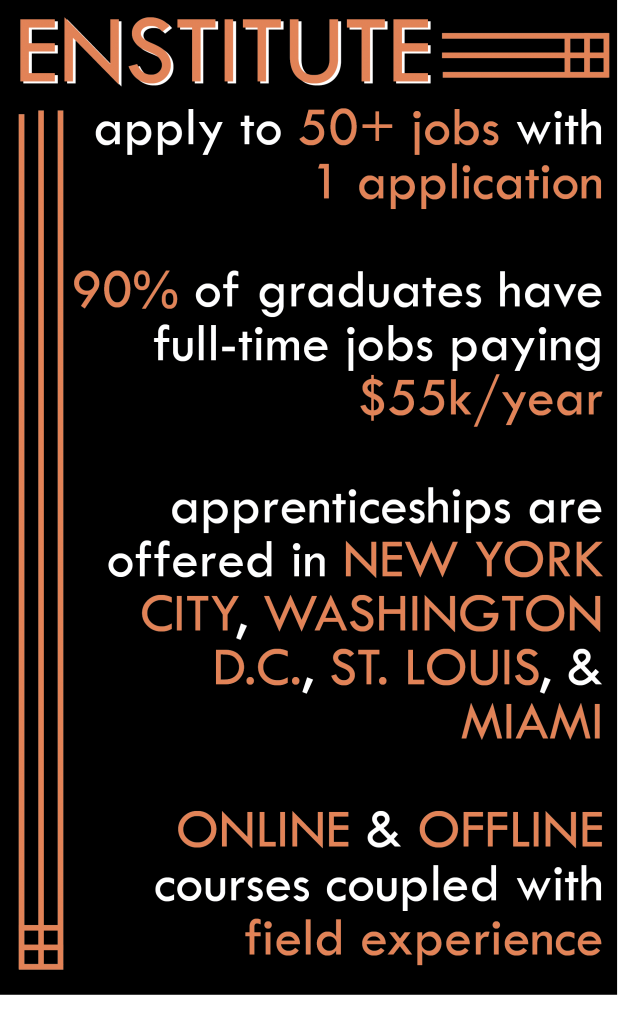 Kelly Dunne, assistant dean for academic affairs in New Century College, said she is unaware of any other apprenticeship organization and university partnership.

“[Enstitute] is the only one I’m aware of that’s partnering with a four-year university,” Dunne said.

Once accepted, Enstitute will match students with an organization in the D.C. area. The apprenticeship will last for one year, and will function as a full-time job. Dunne said applicants can expect 40 hour weeks and a $30,000 salary.

Donangmaye, said the salary would contribute to her transportation and student loan expenses.

“In terms of just taking public transportation it would definitely go to helping me pay for those costs,” Donangmaye said. “That’s what deterred me in the past from taking internships in D.C. that were non-paid is because the fact I just couldn’t afford to travel for a 40-hour-a-week job.”

The pilot Enstitute at Mason program will be offered through the College of Humanities and Social Sciences, and the first students will begin their apprenticeships in the spring of 2015. Applications were due Nov. 17. Dunne said about 10-15 students will be accepted into the program.

“Any student can apply,” Dunne said. However, freshman are not recommended because they have not yet experienced college, and a large majority of Enstitute work will take place off campus.

Donangmaye said she is attracted to the program because it will prepare her for graduate school.

“All the graduate programs that I’m looking into, they all require experience,” Donangmaye said. “If I can find that experience so easily through Enstitute, why not take advantage of that opportunity because for that same opportunity, just looking for it on my own is going to be extremely difficult because these are really competitive places that they’re placing us in.”

The program will offer a maximum of 24 credits, ideally 12 in the spring and 12 in the fall. However, Dunne said students will have the option to “spread” the credits and work over the summer. She said the summer session is not mandatory because it would cost extra tuition that some students might be unable to afford.

“Some students who are on financial aid, that covers the traditional fall and spring semesters, but that often means summer’s out of pocket,” Dunne said. “You can take that 24 credits and spread it across spring, summer, and fall if you want, but if you need to take them just in the two regular semesters, that’s fine too.”

Dunne said the college credit will also be flexible.

“We are willing to work with the students’ major home department to make this work for them,” Dunne said. “Whatever they need to see on the transcript to count towards the major, we are willing to do what is necessary.”

Dunne said the “default” option is NCC credits, however, she pointed to the Criminology, Law, and Society program as an example of where other credit is possible. The CLS bachelor of science program requires a minimum of 15 internship credits, which Dunne thinks the Enstitute program could fulfill. She said credit acceptance could depend on the organization a student is matched with.

In addition to the apprenticeship, students will be required to attend a class once a week that will mostly consist of reflective work and discussion about their Enstitute experiences. 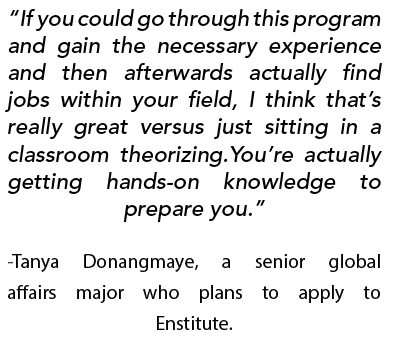 “The course will be most similar to a synthesis or a capstone,” Dunne said.

Dunne described the kind of student who would be well-suited for this scenario.

“I would recommend someone who is poised, has good social-interaction skills, good communication, group collaboration skills, because basically you’re going into the workforce,” Dunne said.

She also recommended “someone who’s open to chaos” because “anything can happen in a work day, so just being able to deal with change and the unknown and to think quickly on your feet.”

Featured photo courtesy of 401(K) 2013. Some rights reserved. No changes were made. Creative Commons License.

Mason’s 24 hour crisis hotline only one in Virginia

New iPhone case that connects via magnet created at Mason