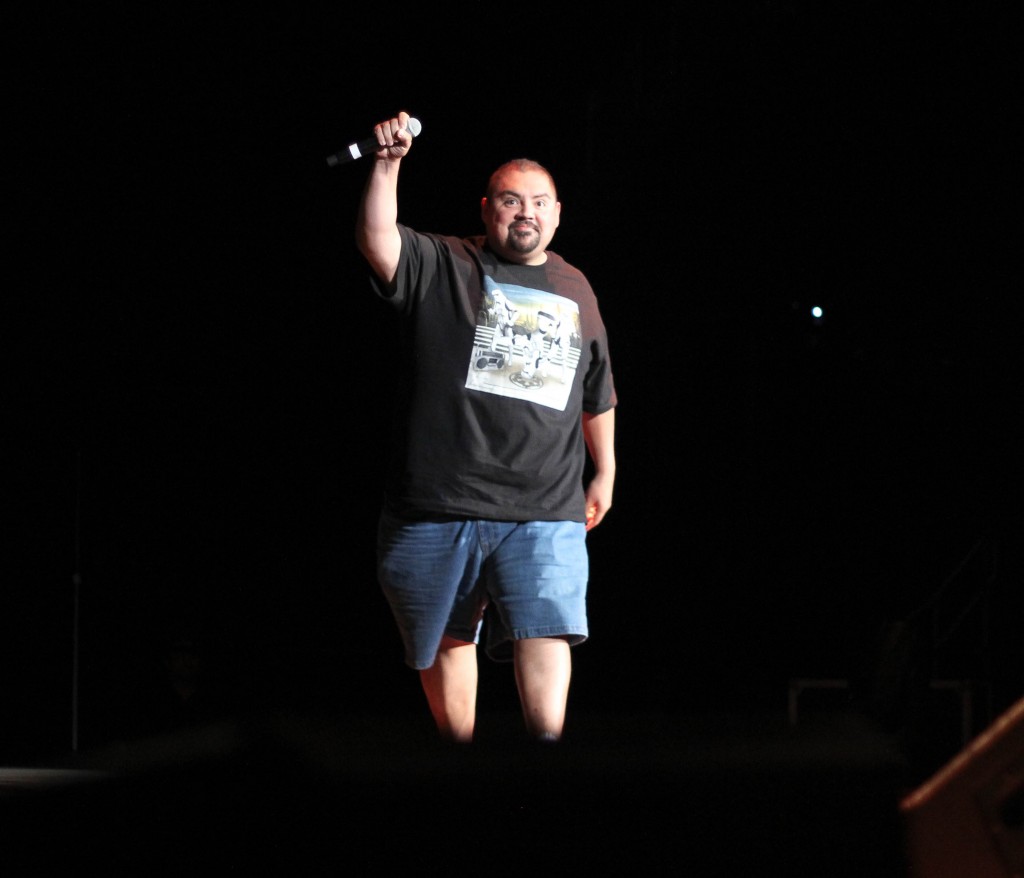 George Mason University students are directly involved in the process of what comedian gets selected to perform each fall.

This year Gabriel “Fluffy” Iglesias performed. He is a stand-up comedian for Comedy Central, who has performed  worldwide in places like:

His usual stand-up routine consists on a great mixture of storytelling, parodies, characters and sound effects. Iglesias is also known for his

trademark references to his weight and his signature Hawaiian shirts.

The performer brings his real life experiences to light, as he constantly delivers a unique and animated presentation to his audience. Iglesias’

authentic and vivid comedy style has made him popular among fans of all ages.

“Fluffy got selected, as I put out a poll through Weekends at Mason on Facebook over the summer 2014,” Bennett explained. “First soliciting any names of comedians, from that list I narrowed it down based on how many times they were asked for, would they be available, while taking into consideration the price to perform, etcetera. Then, I put out the poll on Facebook and on the Weekends Website for students to vote.”

After that, she explains that the team looks to see who is still available and in their price range. If the comedian is, then she makes an offer.

“If they accept we do a contract and move forward,” Bennett said.

Iglesias came in second on the poll. Daniel Tosh came in first but was unavailable and out of price range.

Therefore, Iglesias’ agent was contacted to agree on more details such as: price, contract, editing tickets costs and show organization.

This process of event coordination occurs a few times a year.

“Between two to four times a semester based on funding we come up with special shows like this. Only for those who have worked on the production get VIP passes,” Bennett said. “However, students, faculty, staff, family weekend attendees and alumni all got discounts.

The team behind production did not approach the option of Iglesias of incorporating a merchandise booth, autograph signings or meet and greet opportunities.

Nonetheless, the response from the audience was positive.

“I think the performance was spectacular, especially for family weekend. I know a lot of the time comedy often deals with vulgarity or sexually explicit topics and those topics are not the most comfortable thing to listen to with parents or siblings right next to you. I think OSI and whomever was in charge of choosing the comedian did a great job of finding a comedian that would be hilarious to all age groups,” Sofia Losada, senior anthropology majoring said. “I also really liked that Gabriel was more concerned with making sure everyone had a good time versus sticking to his allotted time. Although I cannot speak for the staff of the Patriot Center, I imagine that it was inconvenient for the Patriot Center staff, but I’m so glad that he did some of his old jokes to balance new material with the jokes everyone knows and loves. Overall, excellent choice and an excellent show.”