A new park in the historic district of Fairfax will soon provide a civic and recreational outdoor space.

Construction of Old Town Square is expected to be finished by Dec. 2014.

“[Old Town Square] will be a very vibrant place not only for people just wanting to use the park but also a vibrant place to attract business into the downtown, whether it be to the restaurants or retail or even what we do for business at Old Town Hall,” Director of Parks and Recreation Michael McCarty said.

The park is at the corner of North St. and University Dr. and extends to Old Town Hall and east to Old Lee Hwy. 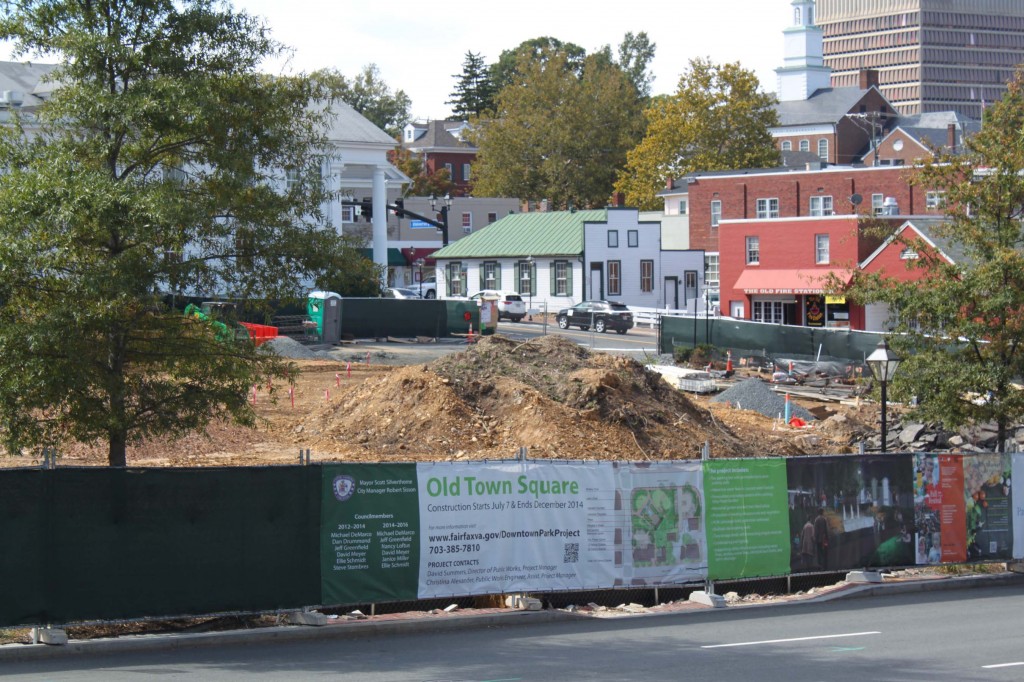 “The overall design and concept was to allow flow through the downtown, so you can get to different areas easier to pull people together,” McCarty said.

According to McCarty, the park is also set up for multiple city events to take place, such as the free concert Rock the Block, Fall Festival and the Independence Day celebration.

“It’s also designed so you have a focus on multiple, different ways you can set up events and activities in the downtown,” McCarty said.

According to McCarty, this year’s Rock the Block required shutting down a portion of the street, however the event will extend into the park next year. The park will also host a new event starting next May.

“It’s a beer, bourbon, barbeque and brews type of event and that’ll also extend into the park. So we’ll be able to put up performances, small and large at different locations,” McCarty said.

Because of its historic setting, Old Town Square will also pay homage to the heritage of Fairfax. The historic Kitty Pozer Garden will be enhanced with the construction of the park.

According to the park resolution, “the park has a unique opportunity to commemorate the origins of the Kitty Pozer Garden and educate the public through interpretive signage the history of our great city and the role the Ratcliffe family played in the establishment of Old Town Hall and the surrounding plot of land.”

Along with the construction of the park, two other projects are taking place. The existing parking lot is being repaved and a pedestrian barrier is being constructed in front of the Auld Shebeen Restaurant on North Street. According to Director of Public Works David Summers, the cost for all three projects will be around $4 million.

New features being added to the park include a cascading water fountain and an interactive fountain similar to the one in Fairfax Corner, Summers said.

“So the idea is to have a place where the community could come for concerts or just hang out with more things to do,” Summers said.

Though the project has not yet encountered any issues, parking spaces were a topic of debate, according to Summers. The project only includes repaving the existing parking lot rather than adding spaces.

“I think at the end everybody was happy, you know we didn’t lose any spaces and we still have enough room for a good park,” Summer said.

Featured photo and photo gallery courtesy of the City of Fairfax. This story was originally published in the Sep. 29 issue of Fourth Estate.